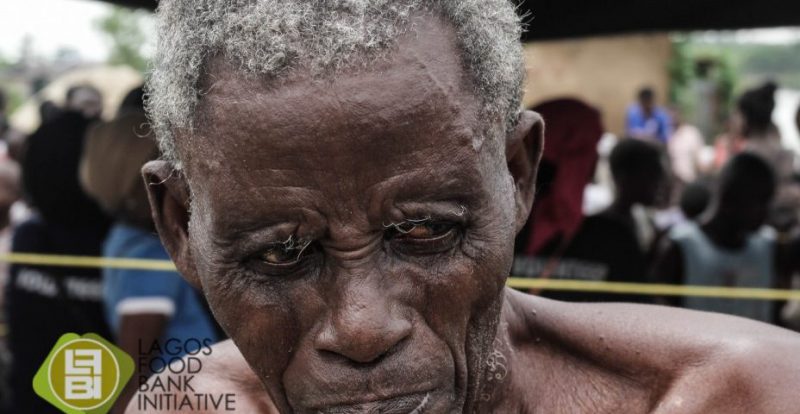 Everyone was always hungry. The poorer you were, the hungrier you were, and with the hunger came weakness and irritability. It became difficult to think clearly and you needed to think/o clearly to work out how to survive the next day, how to get food. You were sure you could still work if you could find work, and you could look for it if only you could eat. But how were you going to get food, for yourself, for your children, for your wife or husband, for your parents? There were simply too many people within those walls for the calories that were let in. How were you to get food when there just wasn’t enough of it? What were you going to have to do? With hunger of this severity came fatigue, a weakness that transcended tiredness and permeated your sinews and bones. As your limbs got ever lighter, they felt progressively heavier with each new day.” ― Elliot Perlman, The Street Sweeper

Some years ago, the Food and Agricultural Organisation (FAO) approximated the number of people around the world unable to obtain enough food to live healthy and productive lives at 852 million. It said hunger has many impacts and reflecting in high rates of diseases and mortality, limited neurological development and low productivity among current and future generations. “It is also a major constraint to a country’s ability to develop economically, socially, and politically. Women and children living in developing countries are most vulnerable to the broad and devastating effects of hunger. Hunger, poverty and disease are interlinked, with each contributing to the presence and persistence of the other two.” The realisation of this forced world leaders on September 8, 2000 in the Millennium Declaration to commit to the goal of halving hunger by 2015. And in 2006, the International Food Policy Research Institute (IFPRI) published its first Global Hunger Index. Figures for the 2014 or the ninth edition was released on October 15. What makes this year’s report special is its focus on a critical aspect of hunger that is often overlooked: Hidden hunger, which is also known as Micronutrient deficiency. The micronutrients may not be needed in much quantity by the body, but they also boost key components of the body’s functions. The vitamins and minerals that are often overlooked and lost during cooking are as essential as the major food nutrients man craves.  According to the report, hidden hunger affects more than an estimated two billion people globally and the repercussions of these vitamin and mineral deficiencies are both serious and long-lasting. Where hidden hunger has taken root, it not only prevents people from surviving and thriving as productive members of society, it also holds countries back in a cycle of poor nutrition, poor health, lost productivity, persistent poverty, and reduced economic growth.

According to the Food Portal, Nigeria has steadily been reducing its Global Hunger Index scores since 1990, but the severity of hunger in the country remains “serious.” Since 1990, the progress of countries in reducing hunger have been tracked and recent conclusions show that While Nigeria is performing averagely better than Sub-Saharan Africa, it has only surpassed Cote d’Ivoire, Liberia, Burkina Faso, Niger, and Sierra Leone in West Africa, that makes it 10th out of 15 countries, including Ghana that Nigeria is trailing behind.

This is definitely a serious chunk to chew, as it brings calls forth the question, what are the factors preventing the reduction of the hunger index in the country? Did our beloved neighbouring country Ghana face the same, which has enabled them witness an improvement in the lives of the citizenry? If so, how were they able to overcome it? Not to say Nigeria is the worst off country, but as the giant of Africa with about 47 percent of the African population being the biggest oil exporter in Africa, with the continent’s largest natural gas reserves much more is expected and much more is achievable. Over time, Nigeria’s oil wealth has helped it maintain relatively steady economic growth despite recent global financial downturns. The country’s GDP grew from six percent in 2008 to 8.4 percent in 2010 according to a World Bank report of 2012. All these make the world expect more from her but unfortunately she hasn’t lived up to expectations. Sadly, the issue of GHI reduction is certainly one of those cases.

Nigeria is blessed with abundant natural resources that she has not been able to successfully harness to the benefit of its teeming population. Poverty remains widespread and in recent years, even increased in some areas, with an estimated 70 percent of the population, who are mostly rural areas dwellers living on less than $1.25 a day! The level of unemployment in the country is also high, with about 50million youths jobless, and avenue for job creation opportunities are not existent. Agriculture is the mainstay of Nigeria’s economy, employing approximately two-thirds of the country’s total labor force and contributing 40 percent to GDP (IFAD 2012). Nigeria is the world’s largest producer of cassava, yam, and cowpea; yet it is a food-deficit nation and depends on imports of grains, livestock products, and fish (IFAD 2012). Of an estimated 71 million hectares of cultivable land, only half is currently used for farming; there is similar potential for an expansion of irrigation, which now only covers 7 percent of irrigable land. Most of the rural population farms on a subsistence scale, using small plots and depending on seasonal rainfall. A lack of infrastructure such as roads further exacerbates poverty in rural areas by isolating rural farmers from needed inputs and profitable markets (IFAD and World Bank 2012). Pressure from growing populations is also impacting already diminished resources, further threatening food production. Over-farmed land, deforestation, and overgrazing are severe in many parts of the country. Drought has become common in the north, while erosion and flooding is a major problem in the south. To further worsen the situation, insurgency in the north-eastern part of the country has led to increase suffering and poverty with people unable to live in their homes and their sources of income destroyed. This puts further pressure on the scarce resources as people not working have to be fed. As it stands, the GHI of the country is 14.7% compared to Ghana’s 7.8% The crux of the issue is in the inability of successive governments since 1990 to actually put the country on a solid path to development and sustaining such efforts. A lot of issues eat at the core of the nation’s development and the major ones are lack of vision, direction, tribalism, selfishness, injustices, corruption and perhaps, external influences have kept the country grounded in an abyss. Severe water shortages, plummeting livestock prices and rising grain costs are some causes of hunger in the land. Nigeria abandoned agriculture in the mid-1970s when government refocused the economy on oil exploration due to the oil boom occasioned by the Arab/Israeli war. The result is that today, at least 91 million Nigerians representing 65 percent of the country’s population are food insecure.

According to David Hecht, about 90 percent of Nigeria’s agricultural output today comes from inefficient small farms. Most farmers have little or no access to modern technology like fertilizers and irrigation. As a result, Nigeria has become one of the world’s biggest importers of food staples, particularly rice and wheat. Even with these imports though, more than a quarter of Nigerians younger than five suffer from malnutrition.

Nigeria’s neighbour, Ghana on the other hand, has put the world’s spotlight on her, with the gradual but evident development the country is undergoing. If it is able to sustain this, she would become the giant of Africa. The economy of Ghana has a diverse and rich resource base with a primary manufacturing and exportation of digital technology goods combined with automotive and ship construction and exportation, as well as exportation of diverse and rich resource hydrocarbons, industrial minerals among many others makes Ghana attain one of the highest GDP per capita in Africa Ghana is one of the top-ten fastest growing economies in the world, and the fastest growing economy in Africa. Agricultural growth has been the major driver of poverty reduction, dominated by small holder farmers producing cash and food crops, it is the largest source of employment for Ghanaians. Only Ghana was among the 10 best performers in the developing world in terms of improving its 2014 GHI score relative to its 1990 GHI score. Ghana reduced child underweight and child mortality by more than 40 percent and cut the proportion of undernourished from 44 percent in 1990–1992 to less than 5 percent in 2011–2013. Through its Feed the Future project, Ghana aims to reduce prevalence in poverty and stunting in children in target regions by 20% by 2017, through improvement in management of marine fisheries, resilience of vulnerable populations and nutrition in women and children and increase maize and rice production in northern Ghana to reduce reliance on imports and double gross margins per hectare of land for small holder farmers. She also boasts of suitable transportation network, including rail (mostly in the Southern part) to compliment the transportation of goods and people from one end to the other.

The most important of these goes beyond the availability of resources because all that Ghana has, Nigeria has more many times over, but the willingness of successive governments to make decisions and ensure they are implemented successfully is a major bane of development.

We are charity/ non-profit/ fundraising/ NGO organizations. Our charity activities are taken place around the world,let contribute to them with us by your hand to be a better life.